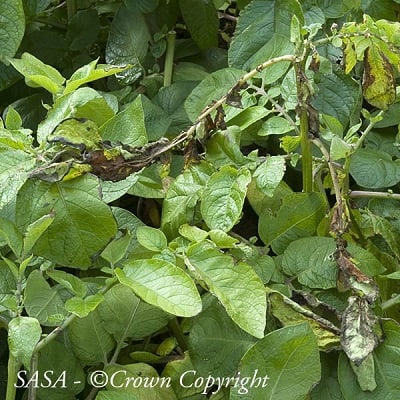 The bacterial pathogen Erwinia chrysanthemi [potato strain] is regulated for New Zealand and has not been recorded from potatoes.

Dickeya solani is also a regulated pathogen for New Zealand and has not been recorded from any host including potatoes. Potatoes New Zealand Inc. is actively seeking to have the nursery stock import health standard changed to require testing for this pathogen in imported hyacinth bulbs.

Given the aggressive nature of the Dickeya species overseas, New Zealand growers are advised to monitor their crops for any unusual symptoms. Have any suspect plant symptoms identified and ensure your seed tubers are of the highest quality.