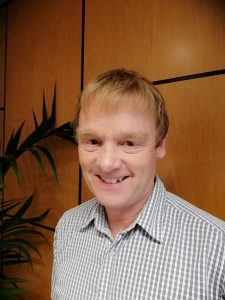 Iain’s career in the potato industry started 35 years ago as a potato roguer for seed growers on the east coast of Scotland. He went on to study Plant Science at St Andrews University before completing a Master’s Degree in plant breeding at Cambridge University.  He continued his studies completing his Doctorate in plant pathology at Cranfield University. He has worked on and managed several seed certification programs around the world including in Scotland, Australia, New Zealand, Thailand and China. He was the chairman of the Australian Seed Potato Advisory Group who were responsible for coordinating Australia’s National Seed Certification Rules. He was the Agronomy Manager for Technico Pty Ltd and managed potato production programs throughout the world.  He joined the University of Tasmania where he took on the role of the Research Director for the Australian Potato Research Program,  $M30 international research program involving 10 different institutes in Canada, South Africa, Australia, the UK and New Zealand. More recently he moved to New Zealand to work for Eurogrow Potatoes Ltd as their Quality Assurance Manager, responsible for developing and maintaining their seed potato QA program. He joined Potatoes New Zealand as their Technical Manager in 2018 where he has taken on the joint roles of managing the New Zealand’s seed potato certification,  R+D and Biosecurity programs.