Two very interesting reports have kicked off the year for anyone interested in food, health and sustainability. Which should be anyone who eats, really.

The first was a piece of research from Otago University researchers, looking at the links between fibre intakes and health. The research found a link between higher intakes of dietary fibre and whole grain foods and a reduction in the risk of a wide range of diseases. They found a 15 to 30 per cent decrease in deaths and incidence of heart disease, stroke, type 2 diabetes and bowel cancer when comparing the highest dietary fibre consumers with the lowest. High fibre-eaters also had lower body weight, blood pressure and cholesterol. The researchers suggest we need to be really upping our fibre game and aiming for 25-29g of fibre a day; in line with public health recommendations. Most of us, though, get much less than this; around 20g.

Potatoes are a useful source of fibre for many of us, particularly if we leave the skins on. Cooked and cooled potatoes give us a particularly useful type of fibre, resistant starch. Although the research emphasised whole grains, it’s worth recognising that other starchy veges, of which the potato leads the charge, are important too. A medium-sized potato can have around 3 grams of fibre; not a bad contribution to a meal, and more than a serving of rice and many breads.

The other fascinating piece of science that emerged this week was the EAT-Lancet report, written by a group of scientists attempting to come up with a diet to save both the health of the world’s people, and the planet. Not an insignificant ask. The report’s authors say we need nothing short of a total re-think on how and what we eat, and a significant shift away from the kinds of diets we’re now eating, to achieve this, and save the world, and its people, from serious problems within the next 30 years. 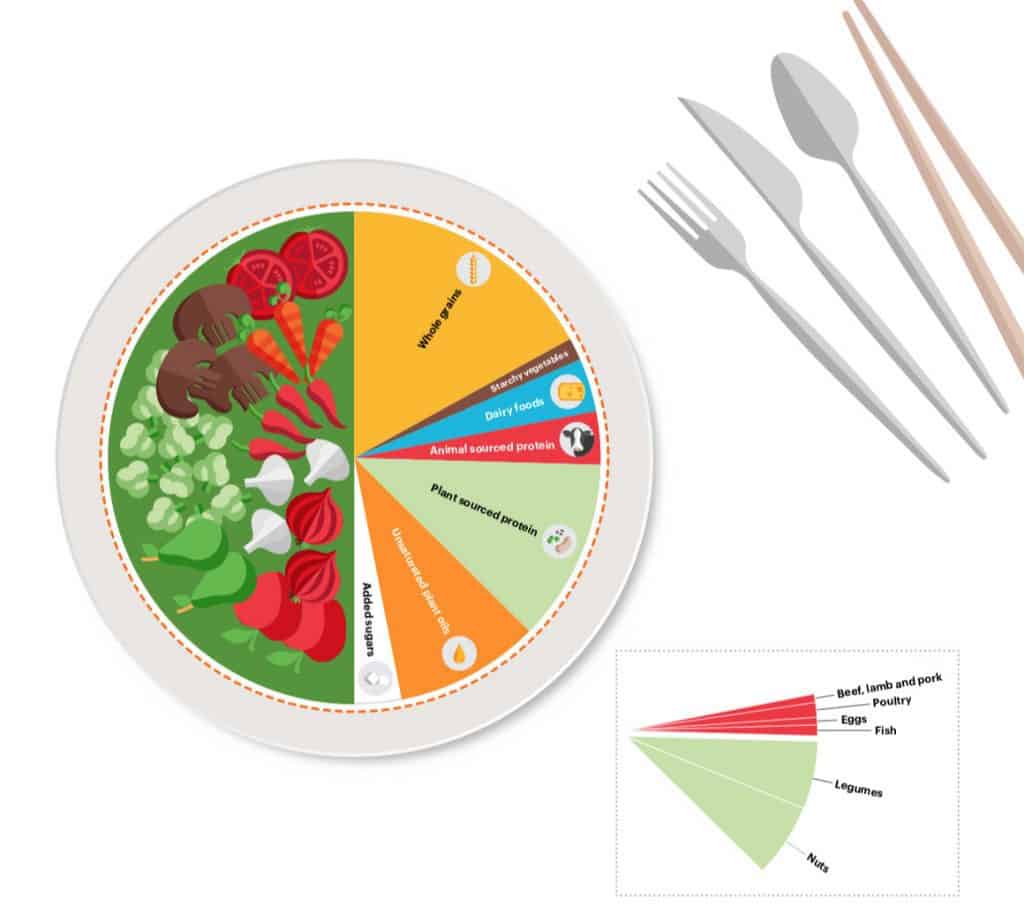 That means, they say, eating far, far less meat and animal products than we’re eating now – cutting our meat down to just 14 grams a day, in fact. It also means vastly increasing the amount of plant foods we eat, including vegetables, fruit, and whole grains. The EAT-Lancet report does single out starchy vegetables such as potatoes in its recommendations. They say we should aim for an average of 50 grams a day, or between zero and 100 grams.

Although that sounds small, and may be a lot less potato than some of us are used to eating, it’s still 350g a week; enough to have a pretty good potato side dish on at least three days in the week. It’s a fairly sensible suggestion, health-wise, too, because it means we get variety in the diet, including a range of other types of carbohydrate.

The EAT-Lancet diet is really not outrageous when you look at it – it’s firmly in line with a traditional Mediterranean or Okinawan diet, which are known to be health promoting. And both reports emphasise the importance of whole foods. A beautiful, fresh, unprocessed potato is about as whole as you can get.