Located right in the heart of Central Otago, amidst the rail trail, a remarkable village famous for recording the coldest temperature in New Zealand is home to some unexpected tuber-related rivalry.

Enter the Annual Ophir Spud Growing Competition, held every year over Easter Weekend and hosted by the Ophir Welfare Committee to raise funds for the community. This hotly contested affair applauds the heaviest, lightest, and weirdest potatoes and celebrates the warm and wonderful people who grow them.

Most of Ophir’s permanent residents and ‘cribbies’ (holiday homeowners) compete, with 125 spuds to be unearthed over two days.  Proceedings kick off on Easter Friday when the competition potatoes are dug up, bagged, and weighed.

All the spuds come from seed potatoes sold to participants during Labour Weekend – with the variety selected by the previous spud champion. This year, ninety-one-year-old Peter Deloitter chose the red-skinned, all-purpose ‘Van Rosa’.

At 5pm on Easter Sunday, the Ophir Peace Community Hall comes alive with a convivial prize-giving, a heated potato auction and a potluck dinner. Shared tables are set, and the stage is lined with paper bags containing spud entries of all shapes and sizes.

To support this wholesome, worthy cause, the Potatoes New Zealand Charitable Trust donated the trophy for the ‘Heaviest Potato Shaw’, along with other garden-related prizes.

A potato ‘shaw’ is the term used to describe the yield or group of potatoes that are grown from one single plant. To ensure a fair playing field, prizes are broken up into permanent and cribbie residents, as “some have more time on their hands’.

During the lively and tense auction, bags of potato shaws, are sold for anywhere between $40 to $100, with a few particularly proud growers pushed into paying big dollars to secure their own spuds!

Committee member Malcolm Topliss explained “Perhaps it was the variety or the weather, but this season saw quite a few weird potatoes.” The prize for the weirdest spud, was awarded to Colleen and Trevor Lewis, who grew a rather peculiar looking specimen involving several potatoes morphed together into one abstract tuber.

The heaviest single potato in both categories, each coincidentally measured 700g. Gary and Steph Price won the prize for the cribbies, while Harvie Trainer took it out for the permanents. The overall lightest shaw went to local knife-making legend Peter Lorimer, which weighed so little it didn’t even register on the scales.

Historically the biggest shaw measured a whopping 7kg and is still yet to be beat! “We believe the wet weather in January could have contributed to the predominance of smaller shaws this year”, said Malcolm.

Within the heaviest shaw category, Gary and Steph Price took out first place for cribbies clocking in at 3.35kg. Harvie and Judy Trainer dominated for the permanents adding another to his collection with the winning weight of 3.65kg. Harvie modestly shared, “I knew I had it when I saw Peter’s were close to the hedge. Potatoes love to be in full sunlight, people think you should water them all the time – but it’s a bit of a fallacy actually”. With a winning bid of $70, Heather walked away with the champion spud shaw which were destined for a ‘salmon, leek and potato soup’.

The overall winner of Ophir Master Spud Advantage was awarded to Harvie and Judy Trainer, which means they’re given the honour of choosing the competition spud. In 2022 the potato of choice will be: heather – another red-skinned, all-purpose variety.

The potluck dinner produced a fascinating spread, with BYO nibbles and wine. Unsurprisingly potatoes featured on the shared dinner table, with several gratins, bakes and roasties amongst a plethora of dishes and cuisines.

Collectively the auction raised over $2000, with a spud gun and Mr. Potato Head selling for $80. The raffle prizes also impressed, with a dozen Central Otago wines won and then re-donated back into the auction line up, helping raise another $300.

Chairman of the Ophir Welfare Committee, Spike Broadbent shared, “Profits from this year’s spud-dig will go towards a new barbeque for future gatherings including the Waitangi Day pétanque tournament.” The welfare committee, started out as a way to look after the wives and widows of World War Two, today they help maintain the village and look after the town pool.

Spike says, “it’s a really great wee community and there are so many skills and expertise here.” The history within this place is incredible, Malcolm’s wife and avid vegetable grower, Christine shared “we’ve all turned into amateur historians living here”.

Most people in Ophir grow at least some of their own food with gardens galore and many are self-sufficient for at least six months of year, but if they need a night out, locals head down to the iconic Blacks Hotel and Restaurant – frequented by many visitors on the cycle trail.

Twenty-eight years on there aren’t many things that will stop a community embracing their residents and homegrown potatoes. Here’s to Ophir, as aspirational town where rich history, community spirit and spuds reign supreme!

Runners Up: Sam and Irene Leask

Runners Up: Grant and Cath Taylor + Trevor and Coleen Lewis – both with 600g spuds

Runner up: Sam and Irene Leask 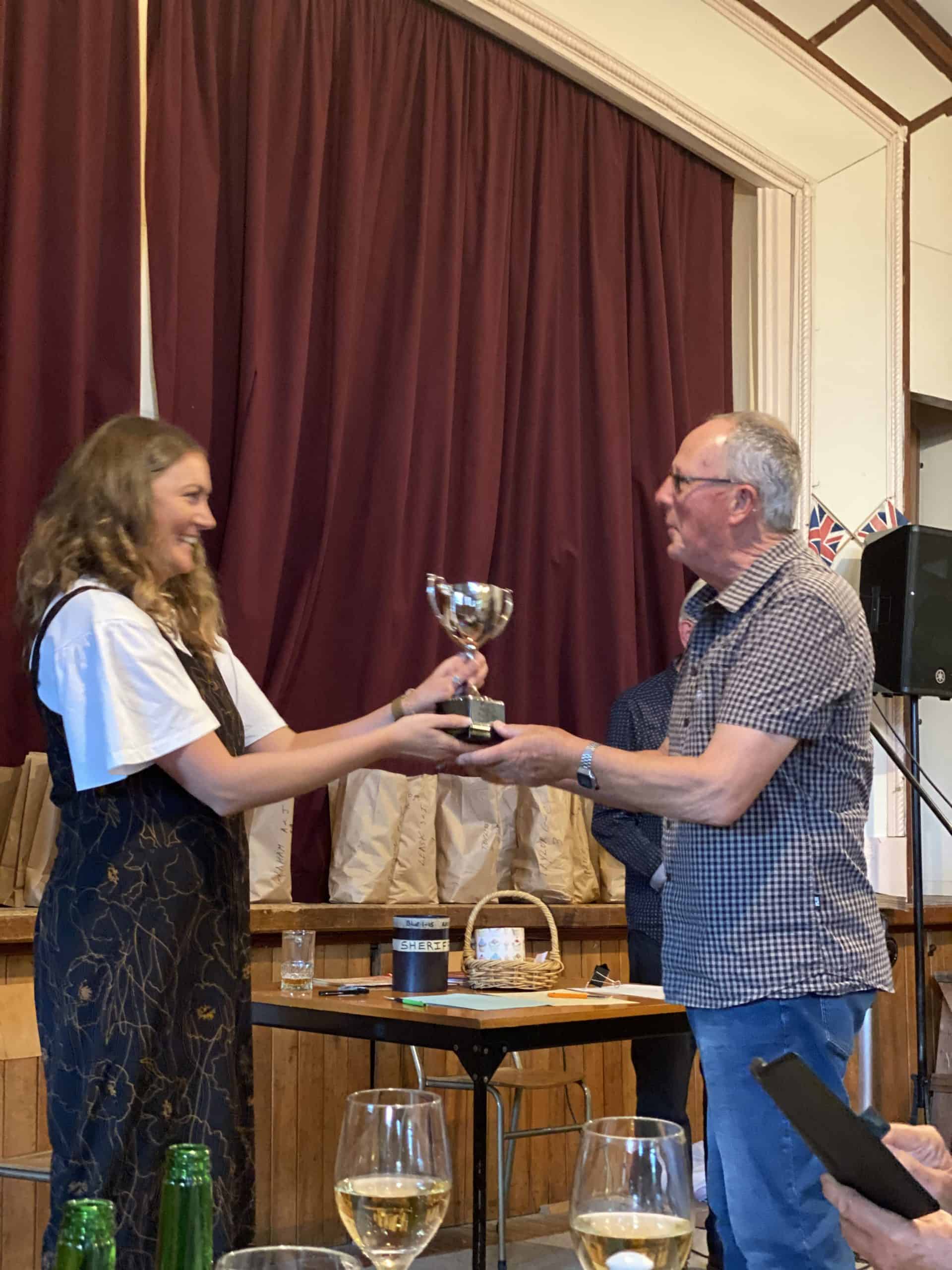 Runner up: Grant and Cath Taylor

Ophir Master Spud Advantage – Choosing the variety for next year