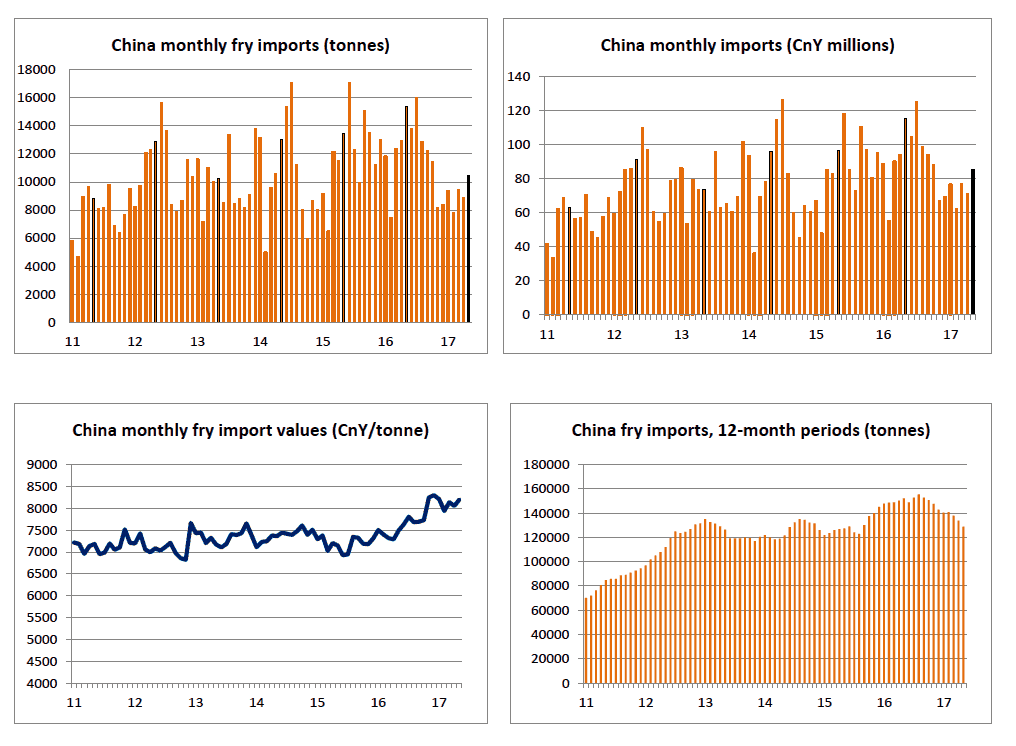 Belgium has overtaken Canada as the second largest supplier to the Chinese market in the last year, but that is because of reduced Canadian imports, rather than increased Belgian ones. In May, Belgian fry imports were at 976 tonnes, down 2.9% and down 2.2% over the year to 14,961 tonnes.

Turkey continues to increase its sales in the Chinese market. In May it was the third largest importer of fries at 772 tonnes, which was up 181.8% on the May 2016 figure, with annual imports at 8 850 tonnes, up 1 929%. The increase in sales has taken place despite Turkey being the second most expensive supplier after the US.

Elsewhere, Dutch imports more than doubled in May to 560 tonnes, but were down marginally over the year to 3,857 tonnes. German imports have fallen by nearly 40% in the last year to 1,487 tonnes, while New Zealand imports almost double over the year to 1,219 tonne, but were virtually non-existent in May.