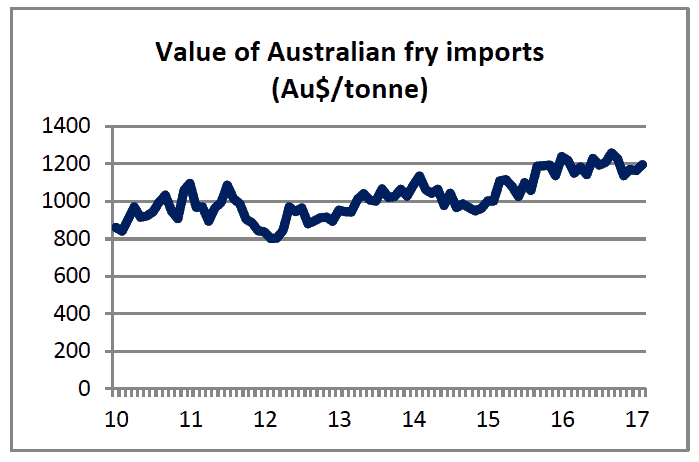 February is normally a slack month for Australian fry imports but a respectable total of 9 061 tonnes was achieved in February this year, despite being 3.2% smaller than in February last year. Average unit value of the imports has increased over the past five years, but the February average of Au$ 1 195/tonne was 1.9% less than in the same month last year, so the import cost of Au$ 10.830 million was 5.1% down. 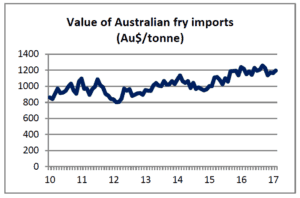 Imports from New Zealand tumbled by 25% to 1,871 tonnes in February but the Netherlands recorded a 13% increase to 3 438 tonnes. Higher US prices meant that the cost of US supplies in February (Au$ 3.677 million) was greater than that of the Dutch fries. 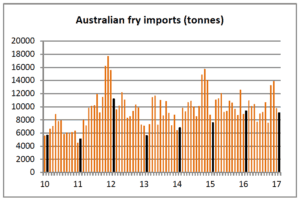