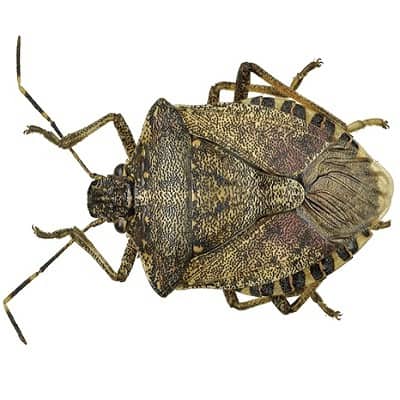 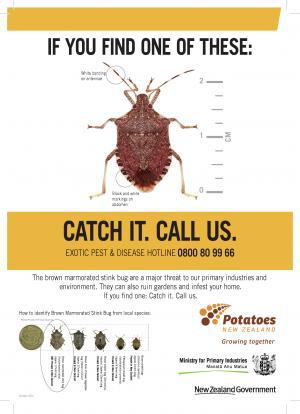 The Ministry for Primary Industries is on high alert to stop the invasive Brown Marmorated Stink Bug (BMSB) from making a home in New Zealand.

“The stink bug season for us runs from September to April – the autumn and winter months in the northern hemisphere. That’s when the bug starts aggregating in dark sheltered places, including cargo,” says MPI response adviser Catherine Duthie.

Brown Marmorated Stink Bug (Halyomorpha halys) is an agricultural pest found in Asia, notably China, Japan, and Korea; it has aggressively invaded the US and could successfully establish in New Zealand.

This insect feeds on more than 300 hosts, primarily fruit trees and woody ornamentals but also field crops. Almost any crop can be at risk, including: citrus; pipfruit; stonefruit; berries and grapes; asparagus; soybeans and maize; honeysuckle; maple; butterfly bush; cypress, hibiscus; and roses.

Adults generally feed on mature and immature fruit. Nymphs feed on leaves and stems as well as fruit. It severely disfigures fruit and renders it unmarketable, which results in control costs and production losses. Brown marmorated stink bug (BMSB) damage to woody ornamentals and forest trees has been reported as cosmetic only.

BMSB is not a risk to human health but is a public nuisance. When disturbed or crushed it emits a characteristic, unpleasant and long-lasting odour.

What can I do?

You can identify a BMSB by the following: 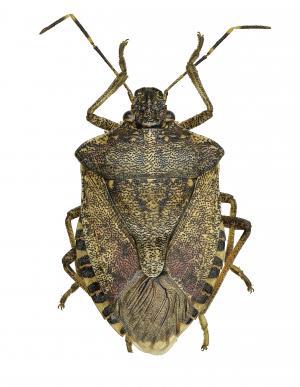