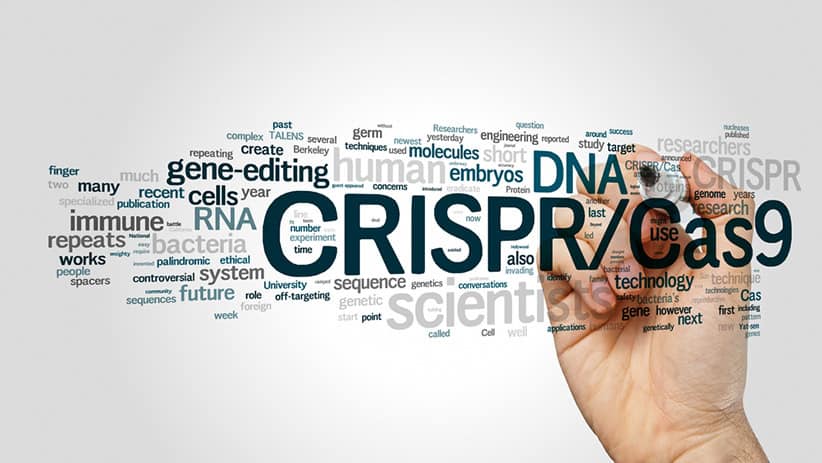 There has been discussion in the Potato industry and world-wide media about CRISPR technology and its impact on breeding new Potato varieties. It is important as an industry that we have knowledge of a technological development to be able to fully evaluate its merits.

The following is an article (reproduced with permission from Spudman Magazine) which provides a useful introduction into CRISPRr and how it is being applied to Potato breeding in the United States.

The scientific world is excited about an incredibly powerful new technology that enables gene editing. It’s no wonder; CRISPR-Cas9, as it’s called, has been said to have the potential to cure genetic defects and eradicate diseases. In plant production, CRISPR has been called a “game changer,” as it has the potential to edit plant genomes much quicker and for much cheaper than biotechnology. There are, however, pros and cons to both technologies. 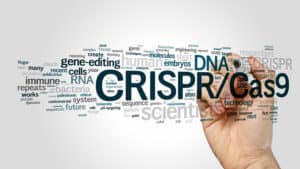 What is CRISPR and how does it work?

CRISPR-Cas9, invented by scientists Jennifer Doudna and Emmanuelle Charpentier, is short for clustered, regularly interspaced short palindromic repeats. The CRISPR technology came about through a basic research project; the project’s goal was to find out how bacteria fight viral infections. During the course of the project, the researchers discovered that many bacteria have an adaptive immune system in their cells (called CRISPR), which allows them to detect viral DNA and destroy it. Part of that system is a protein called Cas9. Cas9 is able to seek out, cut and degrade viral DNA in a very specific way.

“It was through our research to understand the activity of this protein Cas9 that we realized that we could harness its function as a genetic engineering technology,” said Doudna in a recent TED talk. Doudna is a researcher in biochemistry and structural biology at the University of California, Berkeley.

The CRISPR system allows DNA to be extracted from viruses and inserted into the DNA of bacterium in little pieces. Over time, this mechanism allows cells to record the viruses that they have been exposed to. This information is later passed on to the cell’s progeny.

“This allows the cells to keep a record of infection,” Doudna said. “As my colleague Blake Weidenheft likes to say: ‘The CRISPR locus is effectively a genetic vaccination card in cells’.”

Once the bits of DNA have been inserted into the bacterial chromosome, the cell then makes a copy, called RNA, which allows for interaction with DNA molecules that have a matching sequence. RNA then binds to a protein called Cas9, forming a complex that, according to Doudna, functions like a sentinel in the cell. It then searches through the cell’s DNA to find sites that match the sequences in the bound RNAs. When they’re found, Cas9 makes a precise cut to the DNA, a double-stranded break in the DNA helix.

“This complex is programmable,” said Doudna in her talk. “It can be programmed to recognize particular DNA sequences and make a break in the DNA at that site. That activity, the way the scientists see it, could be harnessed for genome engineering.”

Plant breeders are particularly excited about CRISPR-Cas9 because of its relative simplicity.  “We can think of older genome engineering technology as similar to having to rewire your computer each time you want to run a new piece of software,” Doudna said. “Whereas the CRISPR technology is like software for the genome. We can program it easily using these little bits of RNA.”

Geert De Jaeger, leader of the Functional Interactomics Group at Ghent University in Belgium, is excited about the technology’s potential. Already, he and his colleagues have been using CRISPR-Cas9 in plants. Their research, however, is still in the start-up phase.

“What is striking is that the technology has been taken up so fast by the community,” De Jaeger said. “That says something about its promise, but also about its efficiency.”

At the moment, De Jaeger said plant researchers are using the technology to knock out genes, but they hope that it will soon be used to boost the activity of a group of genes simultaneously as well. So far, scientific literature shows that the technology works in cabbage, potatoes, wheat, corn, rice, soy and tomatoes.

CRISPR isn’t the only gene editing technology being used in plants. TALEN, short for transcription activator-like effector nuclease, is another tool being examined, although with less uptake. While they function much the same way, CRISPR is easier to engineer than TALEN, said David Douches, who works for the potato breeding and genetics program at Michigan State University.

Douches and his team are conducting gene-editing research using both CRISPR and TALEN technology. Along with colleagues Robin Buell and Dan Voytas, Douches is evaluating the efficacy of gene-editing tools.

“The USDA feels that if the TALENs and the CRISPRs do what they say they do and actually create specific knockouts where they’re supposed to occur, then it’s probably a very good technology,” he said. “We know that it does create those specific knockouts, but does it also cause changes in the genome that we’re not seeing?”

To do this, they are creating potato plants that are targeting a herbicide resistance gene in the potato and using it as their target. Their research has shown that both tools do work; however, they don’t yet have an assessment for off-target reactions. They hope to publish preliminary results in the winter of 2017.

According to Douches, one of the great benefits of CRISPR is that it enables better research prior to breeding. Whereas scientists would normally over-express genes or shut them down, CRISPR technology really helps them to gain a better overall understanding of the genes.  “It can drive forward research,” Douches said.

For many in the industry, the big question is whether or not gene-editing technology will overshadow biotechnology. While gene editing is faster, cheaper and offers regulatory benefits (currently, it’s less controversial than biotech), it’s unlikely to replace biotechnology. Doug Cole, director of marketing and public relations at Simplot, believes both technologies have a place. Gene editing is limited by the fact that you can’t add resistance traits, he said. Currently, it’s not regulated by USDA, which means it still has to go through the regulation process for export to other countries.

“If you wanted to do it only in the U.S., genetic editing and CRISPR could be a solution,” he said.

The bigger issue, though, is global acceptance.

“It’s really exciting, it’s just the rest of the world hasn’t caught up yet, so they haven’t relaxed their regulatory hurdles,” Cole said. “That needs to happen before commonly exported crops can go to market.”

“We’re watching it closely and may use some of those tools in the future,” he said. “But what we’ve chosen to focus on – which is the biggest problems in the potato industry, such as late blight and potato virus.