Potatoes NZ are delighted to announce that award winning potato agronomists John Sarup is confirmed as a keynote speaker for the Potatoes New Zealand biennial conference in Pukekohe on 26-27 July 2017.

“John is a world leading agronomist and an exceptional communicate who easily relates his experiences to those of fellow potato agronomists and growers.”

Leading potato agronomist John Sarup won the inaugural Above and Beyond Award organised by AHDB Potatoes. The Award aims to recognise the unsung potato heroes who go ‘Above and Beyond’ to make a positive impact on the potato supply chain.

John, described by one nominator as ‘the go-to agronomist for potatoes’ was a standout candidate who demonstrates an exceptional commitment to his clients, working tirelessly to make a real difference to their businesses.

AHDB Potatoes Strategy Director, Rob Clayton, says: “John stood out because he clearly really does go above and beyond for his clients and the sector. His comprehensive knowledge of agronomy and the potato industry enables him to offer first class advice, give guidance on best practice and the most up-to-date research. He passionate, enthusiastic and very much deserves this accolade.”

Born and brought up in London John fell in love with farming on visit to a Yorkshire farm when he was just eleven. Every summer from then on was spent working on that same family livestock farm and at sixteen he left London permanently working on a dairy farm before enrolling in Askham Bryan College where he completed a three-year dairy farm management course.

A few years later he was introduced to potatoes while working at a Velcourt Farm near Dover, and it was there John met Andy Alexander whom he credits with helping him get to where he is today. Two other people were also pivotal to his career development.

Firstly, Tony Bambridge of B&C Farming who hired John as company agronomist, and secondly potato expert Stuart Wale who he worked with when he took a job as a potato consultant with SAC Consulting covering the areas of Yorkshire, Lancashire and Cheshire.

In 2012 John set up SPUD Agronomy & Consultancy Ltd, and the company has been a huge success expanding in 2014 when Rob Blades joined him as business partner.

The company now has influence on over 10,000 acres of potatoes from the Cheshire Shropshire border in the west across to the Humber estuary and then on up to Dunbar in the north.

Thanks to his keen understanding of the potato industry and impressive knowledge of potatoes John is able to provide farmers with practical on-farm advice which makes a genuine difference to their practice and productivity. Strong communication skills are key to his success.

Heather Briggs, a freelance journalist who has worked with John for many years, says: “His great personality means farmers engage with him easily, whether they have been in the industry a long time and are very knowledgeable themselves or are just setting out on their journey as young farmers. This really helps him get important messages across.

“He also has a talent for getting people to talk to him, offering their thoughts and points of view, which he then takes into account. This is what really makes him an exceptional communicator.” 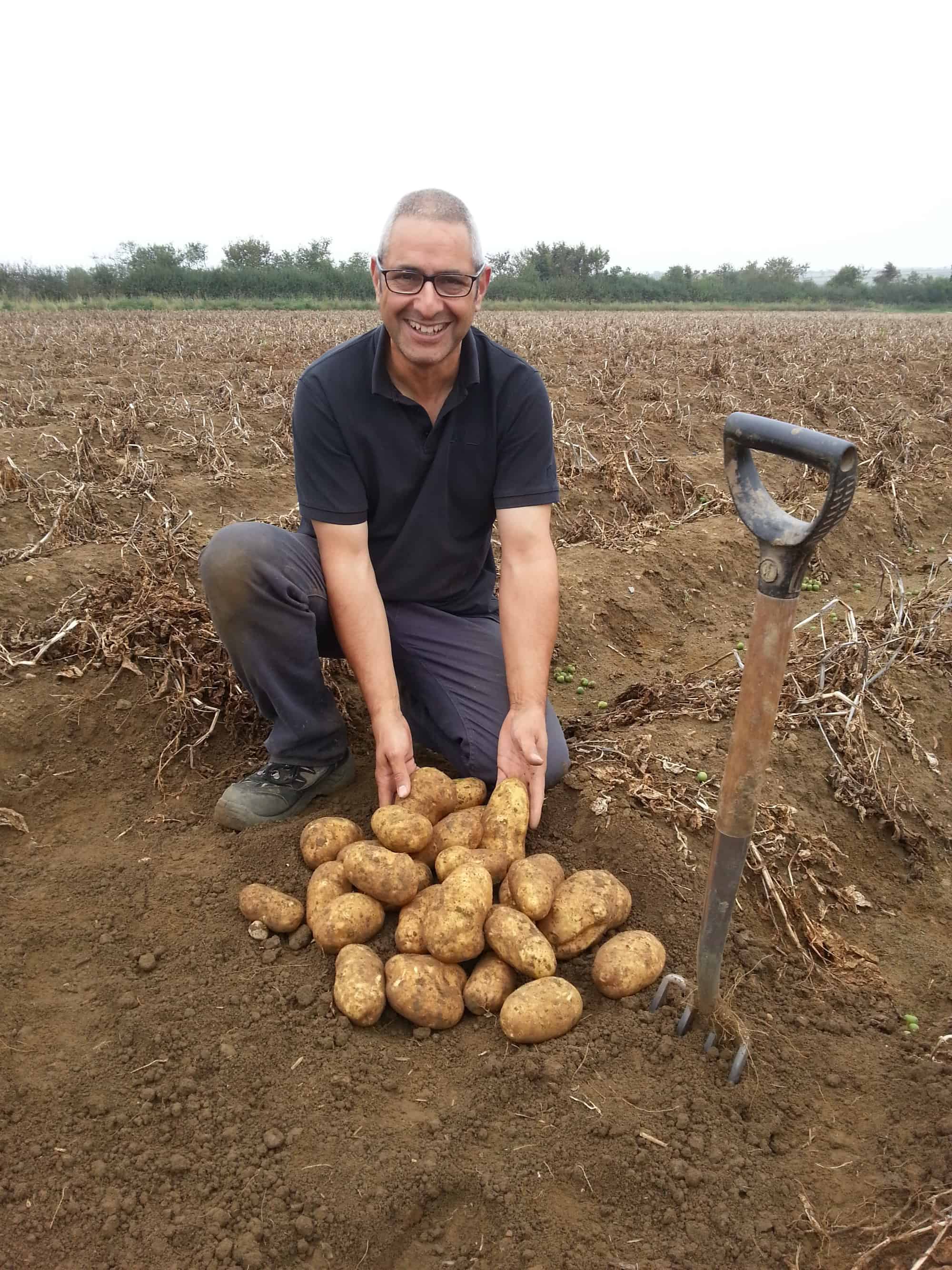