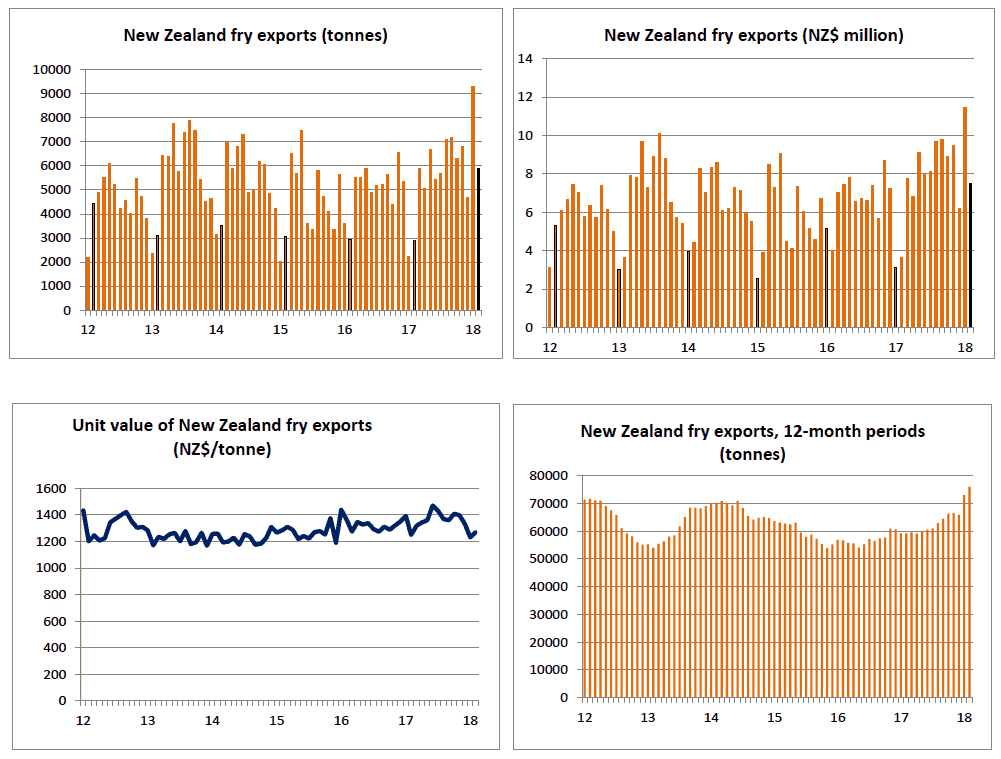 Aside from the solid growth in sales to its most important markets, the standout performer over the year has been China, with sales to the country up 327.9% to 5,306 tonnes and February shipments at 1,335 tonnes.

These figures do not tally completely with Chinese import figures, but that might be accounted for in shipping times and time taken in customs declarations. Whatever, the actual picture is, it is clear that exports to China have increased rapidly in the first two months of this year.

Sales to Thailand have increased by a third over the last year and by a half to the Philippines, while they were up two thirds to Japan.