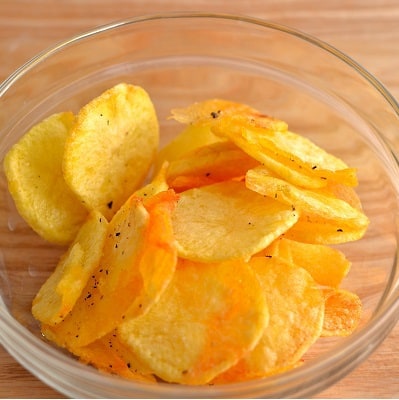 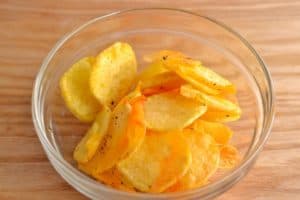 In her latest blog, exclusively for Potatoes New Zealand, leading Foodwriter Niki Bezzant discusses how the recent ‘Chipocalypse’ highlighted the important are of food security…

I’m writing this in the wake of the most potato coverage we’ve seen in the media in years.

It’s all because of, we were told, a pending crisis in potato chip supply. “The biggest crisis since the Marmite crisis” said RNZ. “Chipocalypse” said the NZ Herald. The twittersphere was abuzz with panic and hilarity. Potatoes NZ CEO Chris Claridge was in high media demand, appearing on multiple radio and TV shows, explaining the bad weather had meant planting and harvesting problems, leading to a potential shortage of crisping potatoes.

It was a flurry of activity for several days. At the weekend: crisis; pending potato chip sellouts. On Monday, Stuff reported there was no crisis: the problem was just an ordering issue at Pak n Save. Both supermarket chains talked down the prospect of a chip shortage, saying they’d be able to manage supply. By Friday, things seemed calm again for chip lovers. Yes, there were problems with the supply of potatoes; but these would probably not affect our summer dip and chip celebrations.

I am relieved. As a chip lover, I briefly considered stockpiling earlier in the week; I never got around to it, maybe subconsciously driven by worry about how I would behave knowing there were multiple packs of chips in my cupboard. I’m good at practising moderation, except when it comes to certain savoury, crunchy snacks.

I’m clearly not alone. Stuff reported that New Zealanders spent $157 million on potato chips in 2015 – over $30 per person.

This coverage does highlight a broader issue, which Chris Claridge did bring up, but got very little play. It’s the issue of food security: the idea that we all have access to a secure, regular supply of nutritious food. “The serious issue here is that Kiwis take food security as a given, and I think it’s a luxury that we can’t guarantee”, he said. “Land availability and climate change are impacting this staple commodity.”

Food security is the focus of the FAO’s World Food Day, which ironically was celebrated on Monday, in the midst of the chipocalypse panic. The FAO is very focussed on climate change, which it says is one of the major issues we need to tackle globally if we are to achieve their goal of zero hunger by 2030.

All the more reason, then, to value our staple foods – especially vegetables –  more highly. The song says “We don’t know what we’ve got ‘til it’s gone”, and that is certainly true when it comes to our favourite veg. If we as consumers keep joining the dots between what’s going on with climate issues and how well or poorly our food grows, it’s no bad thing.

Perhaps we need to get our heads around the idea that we can’t take for granted, any more, that we’ll always have access to potatoes? Perhaps that, along with more focus on seasonality and specialness, will mean people are prepared to pay a little more for their quality spuds?

I suspect growers would not be upset at that development.