It’s always interesting to look at food trend predictions, which come around every year telling us how and what we’re going to be eating in the next year.

It’s fun to look back, too, to see which predictions have stuck. I remember when I was a kid being pretty keen on the idea of those Star-Trek-style machines where you could order up any food your heart desired from a hole in the wall. We’re still waiting for those.

In reality, in 2019 we’re likely to head in a less high-tech direction when it comes to food. One of the long-term ‘mega trends’ is a desire for natural, whole food, coupled with a real interest in where our food has come from and how it’s been grown or made.

A trend that’s been recognised as important in coming years is what international trend-watcher and expert Julian Mellentin calls “nudging carbs in new directions”. In his Key Trends report for the food industry, Mellentin acknowledges the growing global trend towards a lower-carb lifestyle. He says this trend is here to stay; anyone thinking it might be a flash in the pan is mistaken, according to his analysis. And he may well be right; even the rice-loving Japanese are in the grip of what they call the ‘lo-ca-bo’ craze.

This is challenging for carbohydrate food producers, but not necessarily a bad problem. Innovation is key to winning over the carb-conscious, according to Mellentin. Because, he says, although people know about low-carb diets and are interested in them, most people will not be going totally low-carb, keto, paleo or other variations on the theme. Rather, they’ll be picking and choosing the bits of those diets they like the sound of. And that might mean making up their own version of a low-carb life; one where they make trade-offs. “[people will] drop something they find easier to give up, to make room for carbs they find it harder to do without”, he says. So someone may cut cakes and cookies and bread from their diet so they can still enjoy a glass of wine or beer. And others might cut pasta and rice so they can still indulge in mashed potato. 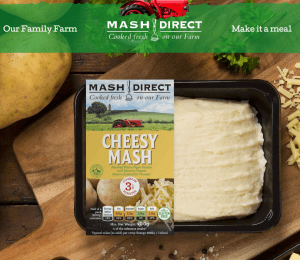 And speaking of mash; adding value to a vegetable staple to make it convenient is one way producers can win over consumers, especially millennials, who increasingly set the trends.

“Despite the hype around low-carb diets, in reality most consumers will continue to consume traditional carbs, such as rice, potatoes and bread. But these carbs now need to work harder”, says Mellentin.

That means coming up with clever ways to make their products appealing. Mash Direct is an  Irish company that does just that; the family of potato farmers decided to start making ready-to-eat mashed potato back in 2004, and their business has taken off since then; they now make a wide range of mashed vegetable products and export as far afield as Dubai.

At home, the low-carb potato is another example of innovation that’s paid off.

And potato growers shouldn’t ignore another aspect of this: people are still going to enjoy their favourite carbohydrate foods as treats. That means, according to the Key Trends Report, that marketing a brand or a range that’s ‘honestly indulgent’ is a valid strategy.

In that case, I say whoever comes up with ready-to-eat Dauphinoise potatoes will be on to a winner.