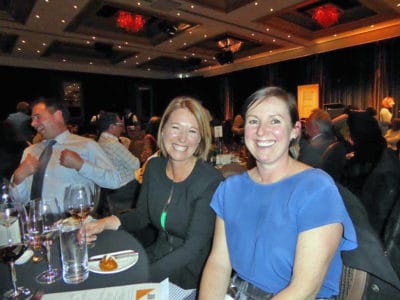 New Zealanders are extremely lucky to have access to some of the best produce in the world, according to Ruth Reichl.  It’s high praise from a woman who has reigned supreme for more than three decades in the US culinary scene as the food editor of the Los Angeles Times, the restaurant critic the New York Times, and editor-in-chief of Gourmet magazine.

Ruth Reichl’s visit to New Zealand as a guest of the Christchurch Writers’ Festival, provided a rare opportunity for New Zealand food enthusiasts to hear many of the war stories Ruth has amassed during her long career as one of the world’s most influential people working in food journalism.

The evening also provided an excellent opportunity for Potatoes New Zealand Inc’s Education and Marketing team to promote industry messages around the nutrition and versatility of potatoes.  Forging strong working relationships with New Zealand’s influential food writers and editors is critical to ensuring potatoes stay at the forefront of New Zealand’s food fashion and remain an exciting kitchen staple within reach of all New Zealanders.